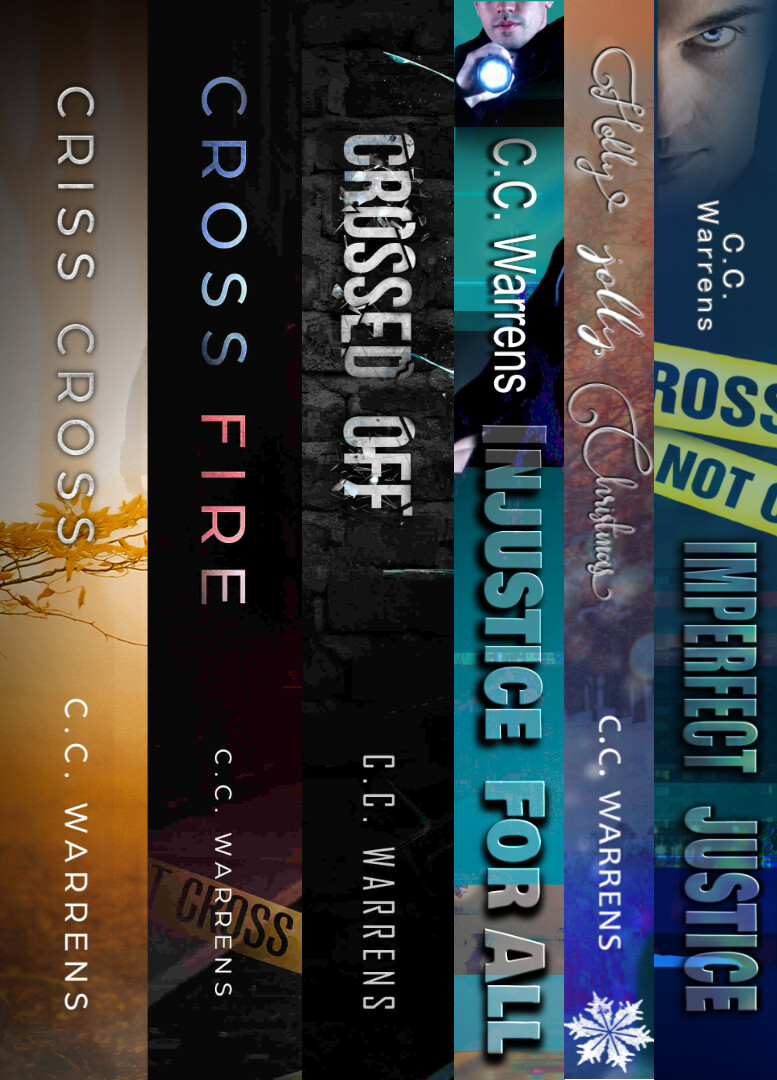 This bundle includes a copy of each of my Paperback books to date.

The Holly Novels (1-3) and the Seeking Justice Series (1-2 and the Christmas story in between) have interconnected storylines.

Safety is just an illusion....

An illusion shattered by the whisper of footsteps in the darkness behind her.

Holly has drifted from one place to the next for as long as she can remember, never settling long enough to build a life. It's the only way she knows how to survive in a world that has no place for someone like her. But when mysterious footsteps follow her home, and she finds a cryptic note taped to her door, she realizes she's stayed too long.

The man she's hiding from has found her. But how?

When people start dying and old, forgotten memories begin to surface, Holly finds herself wrapped up in a terrifying mystery with God, a pushy Southern detective, and a killer with one thing on his mind: her.

Or flee and survive.

Collin Wells is no ordinary foster brother. He is evil wrapped in human skin — a living, breathing nightmare, and when he steps back into Holly's life, she's faced with a choice:

Trust the people who claim they can keep her safe, or trust the instincts that have kept her alive for the past fourteen years.

As the threads of her life begin to unravel around her, leaving her terrified, displaced from her home, and caught in the middle of a drug battle, she can't help but wonder if she made the wrong choice.

He’ll get what he came for, no matter how many bodies he has to step over.

Collin Wells is relentless and ruthless, and he’ll stop at nothing to get what he wants: his foster sister, the girl who always manages to slip through his fingers.

Holly’s foster brother has haunted her footsteps for years—taunting her, toying with her—and until recently, she never dared to stop running and build a life for herself. Now, everyone she loves is in danger.

How can she protect the people she loves when her foster brother comes to collect?

"I should have tried harder."

Those final words are scrawled across a note that’s been pinned to a man's remains.

Pulled to a crime scene in the middle of the night, Detective Marx struggles to unravel the mystery behind a message written by the victim. A suicide note . . . or an admission of guilt? Before he can discover the truth, what seems to be a random act of violence becomes something much darker and far more dangerous.

Another note. Another body.

With very little evidence and even less time, Detective Marx searches for the common thread between the victims before another innocent dies, but his efforts might put him directly in the killer’s path.

Three decades have passed since Marx last set foot in his family's Georgia home. The house has faded over the years, but the haunting memories contained within its walls remain crisp and unforgettable.

If not for the girl asleep in the passenger's seat of his car, Marx would turn his car around and head back to his life in New York City. But it's time to face his demons.

Ten months ago, he nearly killed her.

By the grace of God, she survived.

But the fight to regain her life is just beginning.

Holly Cross is counting down the hours to the moment her foster brother’s trial begins. Collin has haunted her footsteps—and her dreams—for fifteen years, and she wants nothing more than to put that pain and fear behind her and build a new life. But before that can happen, she has to confront the man who tried to destroy her.

Can she find the courage to face her monster in court, or will she trust the survival instincts that are screaming for her to run while there’s still time?
DA Shannon Marx is known for her skill and force of personality in a courtroom, and she's determined to put Collin Wells where he belongs: behind bars and away from everyone she loves. But Collin Wells is unlike any defendant she's ever come up against in court. He's intelligent, charming, and completely devoid of conscience.Will the jury be able to see the monster beneath the civilized veneer?Collin Wells is a man accustomed to getting what he wants, and he has every intention of walking out of that courtroom a free man. He will fight with everything he has, and if Shannon and her loved ones can be certain of anything, it's that Collin Wells never fights fair.

Save this product for later